Dr. Meehan researches, compares, selects, and recommends only perfectly formulated, best-in-class supplements for his personal use and patient protocols.

Create an account at https://meehanmd.ehealthpro.com/ to learn more about the products, search for other products, and reorder top-quality, brilliantly formulated supplements.

Use promo code: FIRST15 for 15% off your first purchase.
Shipping is always FREE and your order arrives in 2-3 days.

The following information is extracted from an excellent article on DHEA from Life Extension Foundation:

A wealth of data indicates that DHEA is a vitally important hormone. DHEA appears to protect every part of the body against the ravages of aging. In fact, published studies link low levels of DHEA to aging and diseased states. Specifically, a deficiency of DHEA has been found to correlate with:

DHEA did not establish scientific credibility until 1996, when the New York Academy of Sciences published a book entitled DHEA and Aging and summarized the concept of DHEA replacement in their journal Aging (Bellino et al. 1995). These highly technical publications provided scientific validation for the many life extension effects of DHEA replacement therapy. Despite the findings from thousands of peer-reviewed studies, the benefits of DHEA are still not recognized by mainstream medicine. DHEA replacement therapy involves the supplementation of the hormone to restore serum levels to those of a 21-year-old. DHEA is a precursory building block that allows our bodies to more easily create hormones that may be in decline because of age, disease, prescription medications, or other factors. Hormones, such as testosterone and estrogen, as well as serum DHEA levels, begin to decline from 25-30 years of age and may be reduced by 95% of youthful peak levels by age 85.

Read more here about how DHEA suppresses inflammatory cytokines and acts as a virus & infection fighter. 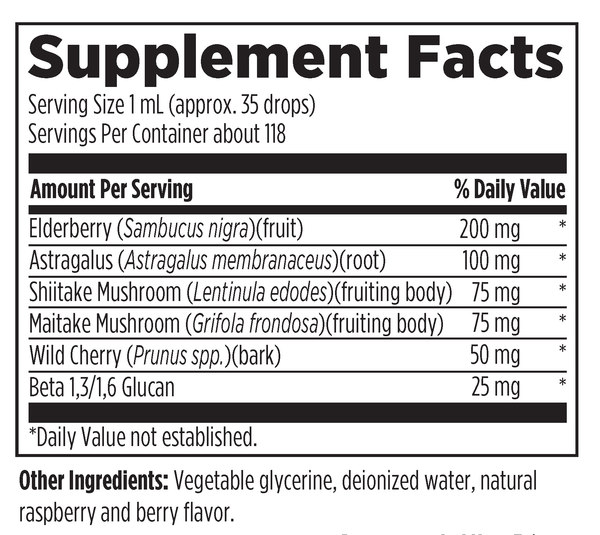 Randomized study of the efficacy and safety of oral elderberry extract in the treatment of influenza A and B virus infections.[R]

In Norway, elderberry syrup was investigated in a double-blind, placebo-controlled study of elderberry syrup. Symptoms were relieved an average of FOUR DAYS EARLIER than placebo. Which is at least 3.5 days better than Tamiflu and without Tamiflu’s adverse events risk (nausea, vomiting, hallucinations, and suicidal behavior).

Garlic has long been hailed for its healing powers, especially against infectious diseases like cold and flu. This is likely due to its immune boosting effects. Fresh garlic is a potent antibacterial, antiviral and antifungal agent. But its therapeutic effects may go much further than that.

Garlic is less expensive, safer, and more effective than Tamiflu

For treatment of flu-like illnesses, I strongly recommend against the use of oseltamivir (Tamiflu), or any of the other neuraminidase inhibitors.

Tamiflu has been shown by reputable sources, such as the Cochrane Collaboration, to be almost completely ineffective. More concerning, the drug is associated with a high prevalence of serious adverse events, including psychosis and suicidality. When you consider Tamiflu’s serious risks with its limited efficacy, there is no reasonable justification for its use. It’s only being justified by those that profit from it’s manufacture and dispensing.

Garlic may be particularly useful in preparing for the cold and flu season. Fresh, raw garlic contains many compounds capable of inhibiting or eradicating a wide variety of organisms responsible for earaches, colds, and upper respiratory infections. The respected Cochrane Collaboration has also favorably reviewed research evidence supporting the use of garlic in the prevention or treatment of the viruses responsible for the common cold. The key results from the Cochrane review, “Garlic for the Common Cold” reported:

The included study found that people who took garlic every day for three months (instead of a placebo) had fewer colds. That is, over the three-month period, there were 24 occurrences of the common cold in the garlic group, compared to 65 in the placebo group. When participants experienced a cold, the length of illness was similar in both groups (4.63 versus 5.63 days).[R]

Those who consumed garlic daily for three months had fewer colds than those who took a placebo, and, when they did come down with a cold, the duration of illness was shorter. Thus, garlic is good medicine! In fact, it is far better, safer, and less expensive than the bad medicines bad doctors prescribe: neuraminidase inhibitors like Tamiflu.

Roche Pharmaceuticals used intolerably corrupt and bad science to bring Tamiflu to market and become a commonly prescribed treatment for the flu.[R][R]

Tamiflu has multiple problems that make it inferior to the other solutions provided in this document. First, Tamiflu has to be taken within 48 hours of onset of illness or it is ineffective. Second, even if taken properly, clinical research demonstrates that Tamiflu only reduces the duration of flu symptoms by about half of a day. Third, Tamiflu has been shown to induce serious side effects. In fact, the side-effect profile of the neuraminidase inhibitors has resulted in countries like Japan to no longer recommend its use, especially in children.

Does paying more than one hundred dollars for a drug that provides negligible benefits and subject users to the risks of serious adverse events (headaches, serious skin reactions, neuropsychiatric events, and suicide) make sense?! No, it doesn’t make sense. But because prescribing Tamiflu makes lots of dollars for the pharmaceutical manufacturers and the doctors paid to prescribe it, this bad medicine continues to be used.

Don’t waste your money and risk your life on Tamiflu or drugs like it. Instead, consider using garlic in combination with the many other evidence-based, safe, and effective recommendations that follow.